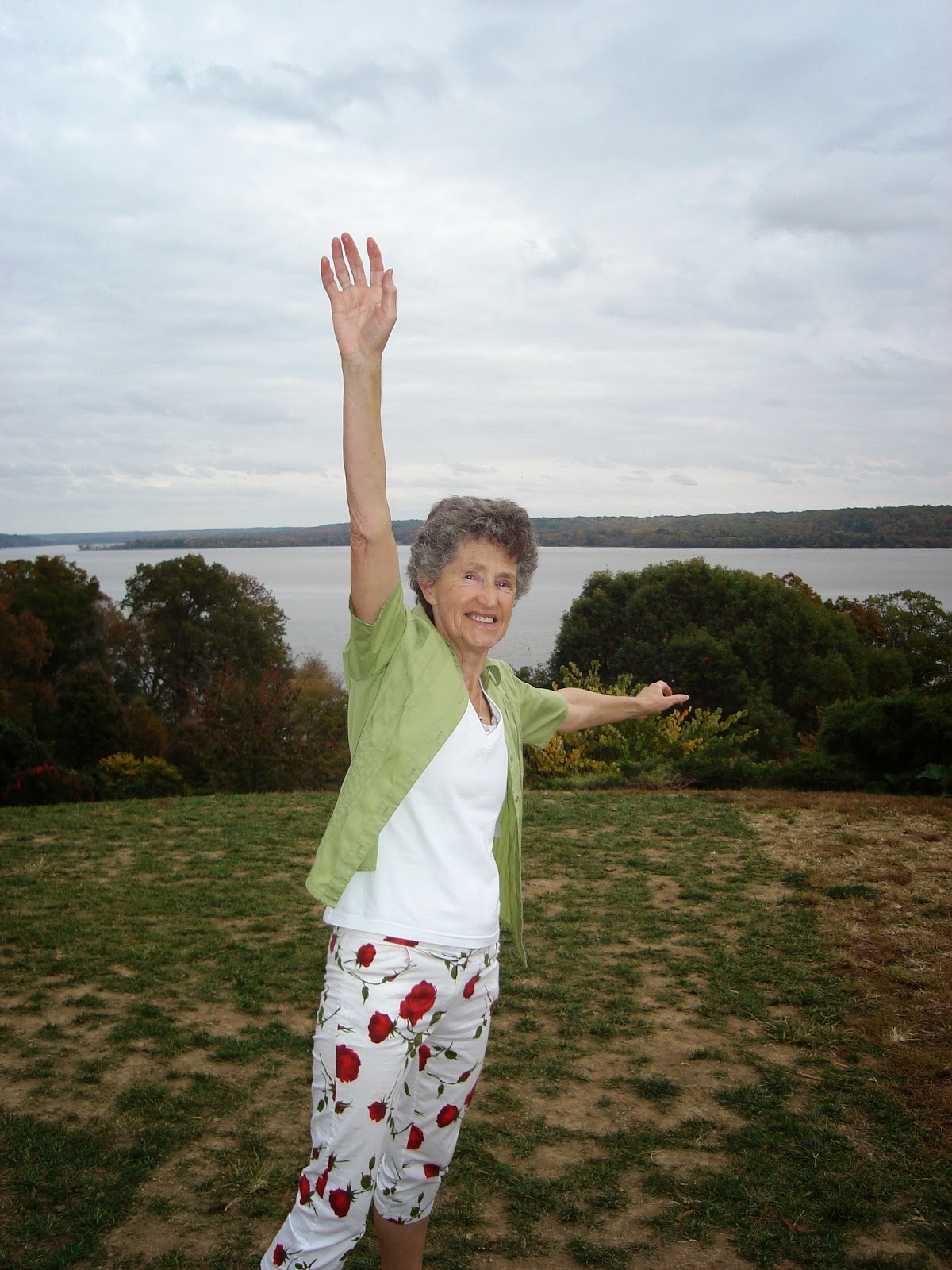 Helen lived courageously with cancer for many years, and died valiantly in her 78th year, on Christmas Eve, as the sun was setting.
Helen had been booked into the Arohanui Hospice in Palmerston North several years previously, and she finally checked in; she spent her last week there, and was given exceptional care by the devoted staff; she was also tended by her husband (Brian), her three children, and her four grandchildren (Michael with a bevy of bears; Laurel with Pekka, Olivia, Julia, by Skype; Nigel with Dawn, Adam, Amanda) and other relatives and close friends, including her travel-companion Paddington Bear. He is pictured below with Brian Colless (a close relation but only by marriage) who often had this same role, traveling by her side (since 1956) in trains, planes, and other vehicles. 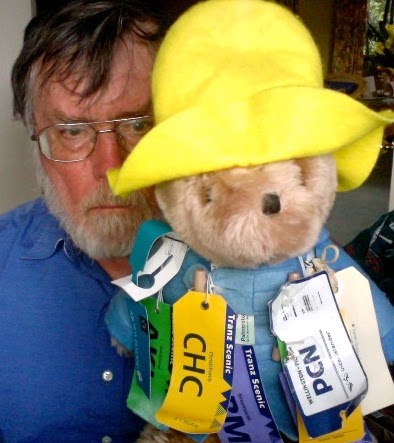 David Morriss (bass soloist and broadcaster) was heard by her in her bed, whenever he was announcing on Radio NZ Concert network; Helen loved his speaking voice as well as his singing.
A celebration of Helen’s life and work as a person, parent, and teacher took place in her own church, Wesley Methodist Church on Broadway, Palmerston North, on New Year’s Eve (Wednesday 31st of December 2014) at 10.30 am. She was cremated afterwards.
Her life history included the greatest love story ever untold.
I have known her for 60 years, 56 of them in wedded bliss. 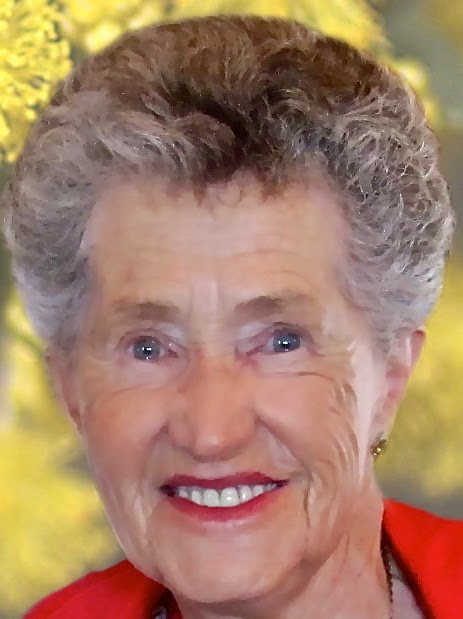 "Who can find a perfect wife, far more precious than pearls?
The heart of her husband trusts in her, and he has no lack of gain."
(Proverbs 31:10-11)

"Is life a boon? If so, it must befall, that Death whene'er he call, will come too soon." (after WS Gilbert, Yeomen of the Guard)

“Life is good. Death is good. But the transition can be painful.” (Bruce Wilson) 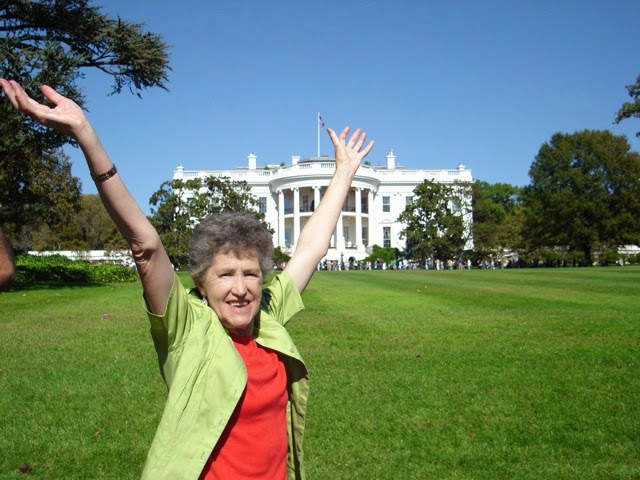 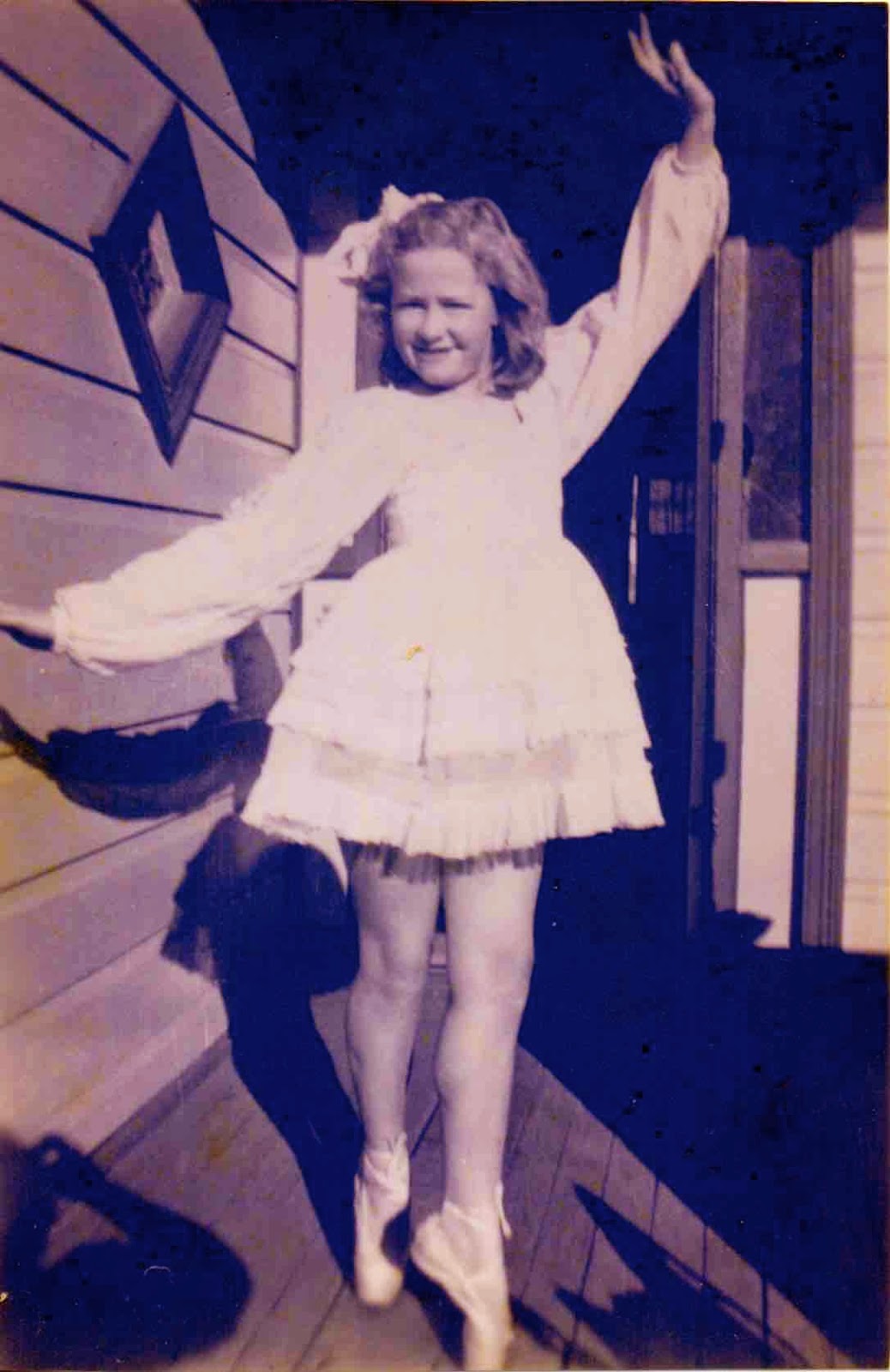 Always on her toes

I have been thinking a lot about you and about you and Helen since you announced that Helen had died.One day I hope we can meet up for coffee/tea in PN and reflect on the past.With good thoughts jim